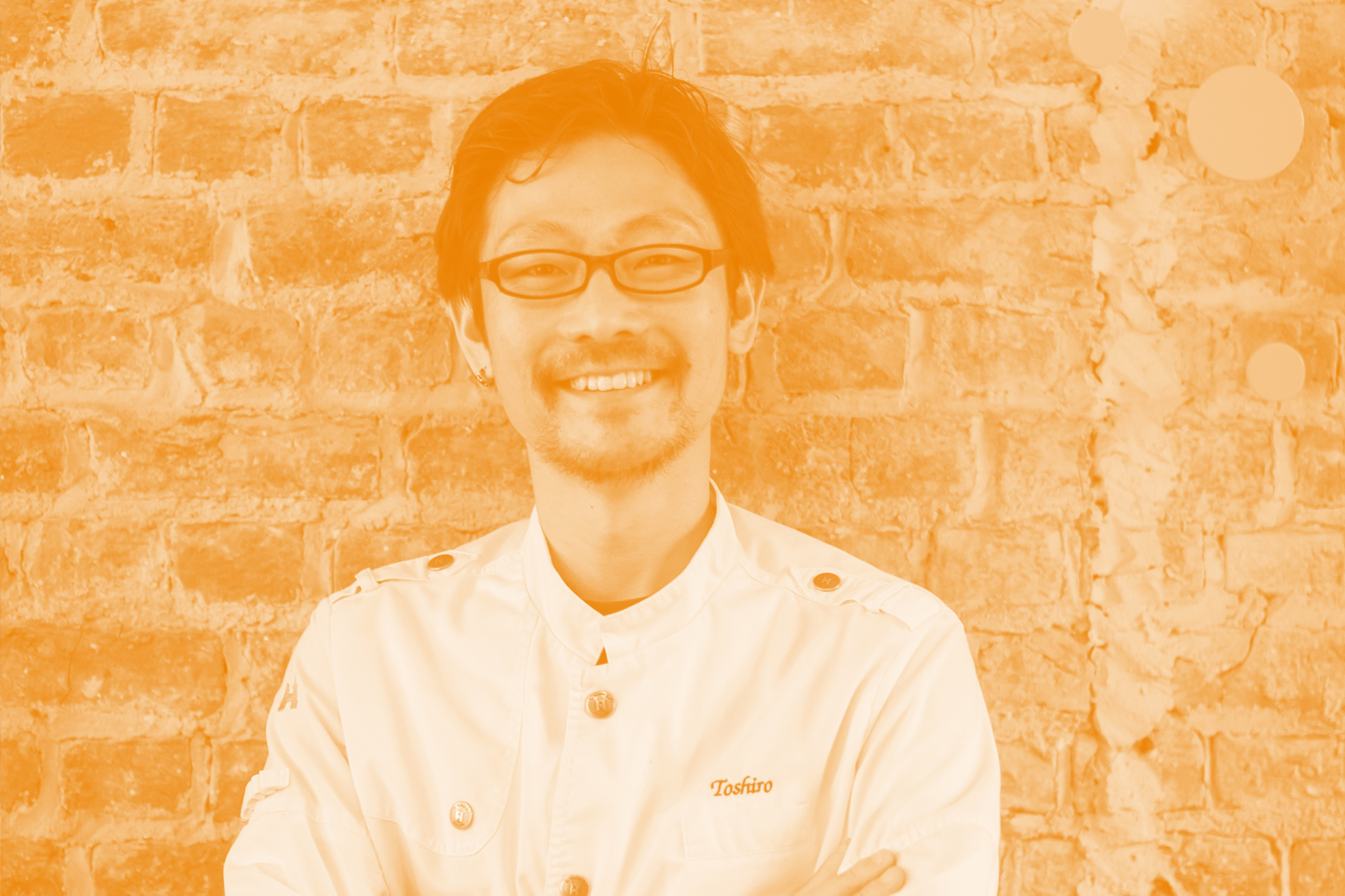 Toshiro Fujii, or Toshi like his team and friends like to call him, is our latest chef crush of the year. Running both SAN restaurants his Brussels, his journey is one that didn’t fail to impress. This November 5th, he’ll be cooking a completely ORANGE menu, from the first to the seventh course, in our unique pop up restaurant EATCOLOR.

Before becoming the head chef of the recent SAN restaurants, opened by Sang-Hoon Degeimbre himself (L’Air du Temps**), Toshi first went through all the necessary steps. The moment his interest in food really spaked matched the introduction of Italian restaurants in Japan. Still a student at the time, it was when he tried to make spaghetti carbonara at home for the first time – a real disaster that resulted in something closer to an omelet – that he decided to go on a real cooking scholarship. After a few years of studying in Japan, he decided it’s time for him to learn high gastronomy where it first was born : in Europe. Why in Belgium? Back then it seemed to him like the communication would have been easier.

After working in numerous restaurants and kitchens in Wallonie, and learning all possible roles, Toshi hears about L’Air du Temps, and quickly books a table. That’s when he falls in love. He finds his own origins in Sang-Hoon’s cooking, and is highly impressed by the techniques, flavors and ingredient combinations. He convinces the famous chef to take him as an intern, and all of a sudden things start to go really fast. What should have been just a few year-stop in his culinary journey becomes a final destination. You know the rest. Toshi is rapidly promoted sous-chef of the talented michelin star chef Sang-Hoon Degeimbre at L’Air du Temps, and learns every single trick of the job under the watchful eye of his inspirational boss, until he’s ready to run the place alone. The first SAN opens in Brussels on rue de Flandres in September 2013, with Toshi as headchef, happier than ever. It’s now his turn to take under young chefs under his wing and transfer his know-how.

Today, though L’Air du Temps doesn’t stop evolving, the two chefs are never far apart. Toshiro Fujii continues improving and rising among the most talented chefs in the capital, and will be among the four amazing chefs at EATCOLOR this November 2017. Find the schedule for the monochrome dinners and book your seats for EATCOLOR on www.eatcolor.be.
See you there?

Read the full story on Toshiro Fujii by Elisabeth Debourse for Paris-Match here.