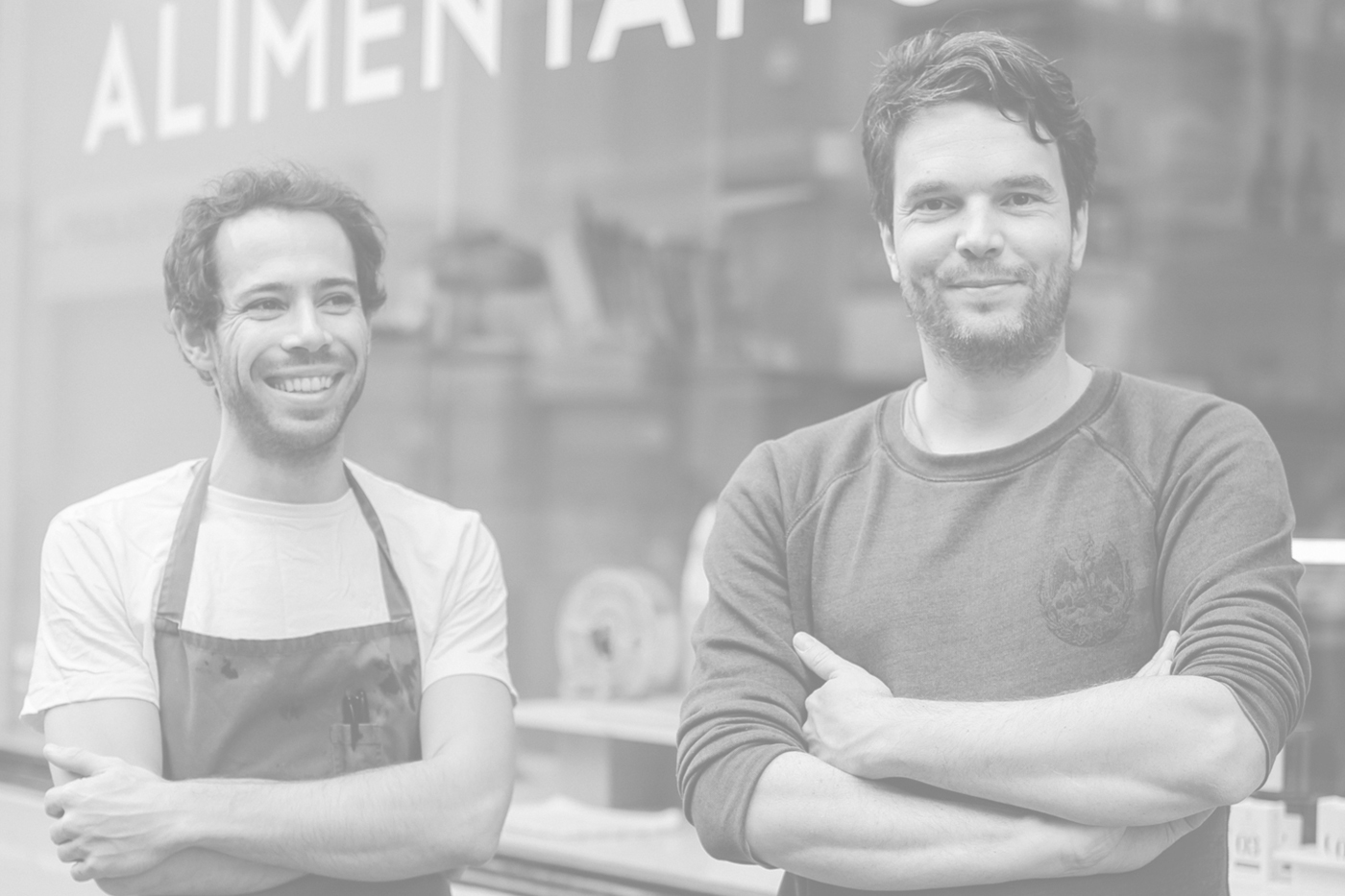 When he arrived to Brussels back in 2014, it was quite natural for Luis Alonso to directly start looking for the kitchen team he would joining, involved as he was in cooking since he was 18. Three years later, after crossing the paths of Cafés des Spores, La Buvette and Alimentation, Luis is joining our pop up restaurant EATCOLOR this November, together with Nicolas Scheidt, during which they will prepare an all-white menu.

Though he’s not exactly sure which kitchen he wants to join when Luis arrives in Brussels, he definitely know what’s je doesn’t want anymore. After having worked in numerous Michelin stared places in France and a palace in California, he’s done with over-complicated presentations, pretentious ingredients and posh atmospheres. He’s looking for something a little cooler, without ever compromising on the quality of the food, and it’s quite naturally that he applies at La Buvette and Bouchery.

Nicolas and him get along directly, and though there is no available spot in La Buvette’s kitchen at first, Luis is eager to join Nicolas’ team starting at Café des Spores. Late 2014 and only six months later, a position opens across the street and Luis joins Nicolas in the kitchen. The two chefs share a common vision about cooking, one that both highlights seasonal produce and while quite simple looking at first, never misses out on creating emotions and surprises. Luis quickly becomes sous-chef and official head of the kitchen, and puts all of his energy and creativity in creating storytelling menus daily.
A few years pass and the two chefs grow closer, so close that they plan on opening a new place together, where they would both be partners. Alimentation, a fine grocery store and caterer, opens in 2016. Luis leaves La Buvette to carry and launch this new project, sometimes reminding of his role as head of banquets back in his Californian palace.
Though he sometimes misses the adrenaline of the restaurant and more importantly the creation of a menu from start to finish, he’s all the more happy to join a concept like EATCOLOR together with Nicolas, where seasonal produce will be their main guide from the first to the seventh course. Their vision of the challenge : create emotion and discovery by going further than what guests will see in their plates. A white menu that should be like no other 💥 Do make sure to book ahead, there aren’t much seats left anymore!