from Bart de Pooter to EATCOLOR 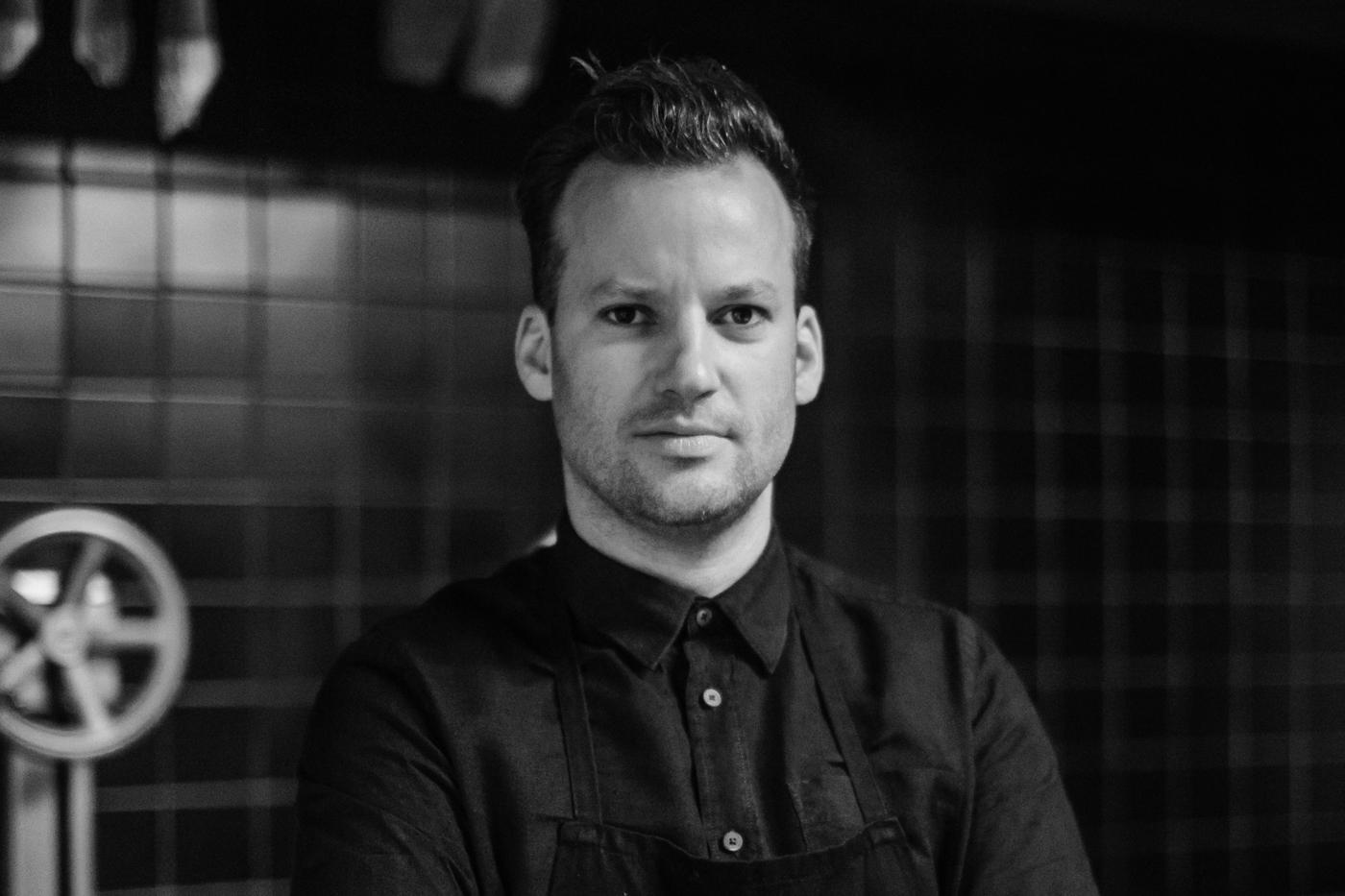 The first time we were greeted by Maarten into his Villa to talk to him about EATCOLOR, we couldn’t have guessed that a seven-course dinner for 24 people was about to be served in the exact same room just a couple of hours later. Maarten was smiling, relaxed, and if he did have a lot of things on his mind, there was no way to guess it. His good mood was contagious, and directly made us feel comfortable.
When diving a little deeper into his professional journey, we quickly realized that Maarten had worked in all those different kitchens with the same confidence, but most of all, always enjoying himself.

Initially graduated as an interior architect, what he really enjoyed about his studies was mostly the events he got to organize during them, and all the cooking he was able to make for those events. As soon as he realized that’s what he really wanted to do, there was no time to lose, and no way he was going to wait three more years to get a certification. So Maarten signed up to a cookery school in Coxide, from which he got to graduate only a year later. But the school was was mostly a gateway to great internships. He spent three weeks in Alain Ducasse’s kitchens in Monaco, where he learned how the chef would manage a group of over a dozen of interns. While in France, he thought he might as well try and work in Honfleur for a bit, but it didn’t last. “The French are so stubborn and annoying”, he tells us, “they put butter and cream in everything”. Learning the basics of French cooking over and over was simply not an option, neither was staying a kitchen clerk. Maarten had different plans.

That’s when he started as sous-chef at de Pastorale, under the watchful eye of Bart de Pooter, only six months after he’d graduated from cooking school. In this privileged kitchen already rewarded by a Michelin star, the single and only goal was to get a second one. There were simply no other rules. “If I had a specific idea, there was always someone in the team with the know-how and technical expertise to help me do it”. No budget limit either. Useless to say Maarten had the time of his life. A few months later, the inspectors visited the restaurant, and the second star was given to Pastorale. A true moment of glory for the so very young chef. But after two years of working with heart and soul for a place he would unfortunately never call his own, it was time for Maarten to try something new.
At Belgo Catering, he took advantage of his two days off to start working as a private on-demand chef, while learning all about budgets and calculations, something completely new to him after his previous experience. When he left after two years, he was able to plan and cook for ten people just like for a thousand.

In the video, Maarten prepares an all-black recipe for our pop-up restaurant EATCOLOR

After that, it was definitely time for Maarten to do something for himself, and he quickly mastered in the art of making existing spaces his own, cleverly changing a few details without ever altering the soul and character of them. A garden, a bistro and even an old factory, each time turned into pop up restaurants. From tasting menus to more authentic and hearty dishes, Maarten never imposed his cooking, but his cooking rather adapted itself every single time. At de Zwaan, a small bistro with wooden floors and furniture, he prepared caesar salads, roasted leeks and mussels with fries, after only changing a detail or two of the setting. “If people walk into my restaurant thinking it has always been that way, that means it’s a success”, he says. A few changes here and there, and everything feels like it was part of the original decor. But he knew then his true strength lied in the creation of tasting menus, where he would tell a story throughout the whole dinner, from the first course to the last.

Radar, De Zwaan, Le Petit Ruisseau and now Wilder at the Villa, so many places where “you had to be there” at the right time to experience Maarten’s cuisine and universe. Wilder, which we were telling you about just a few months back, just closed its doors last Friday. So for Maarten, what’s next? Well, first of all, EATCOLOR, this Saturday 4th of November, where the chef will call on all of his technical know-how and creativity to create an entirely black menu, in no less than 7 courses. There are only 2 seats left. You know what to do.
And after? Maarten has planned to stay around Brussels a little longer, at least until he opens the restaurant he has started to build in Malines. Beginning of 2018, it’s a brand new restaurant that you will find in Brussels, where the chef will highlight the energy of the city. The place will only stay open for one or two years max, so you’ve been warned if you don’t want to miss it.