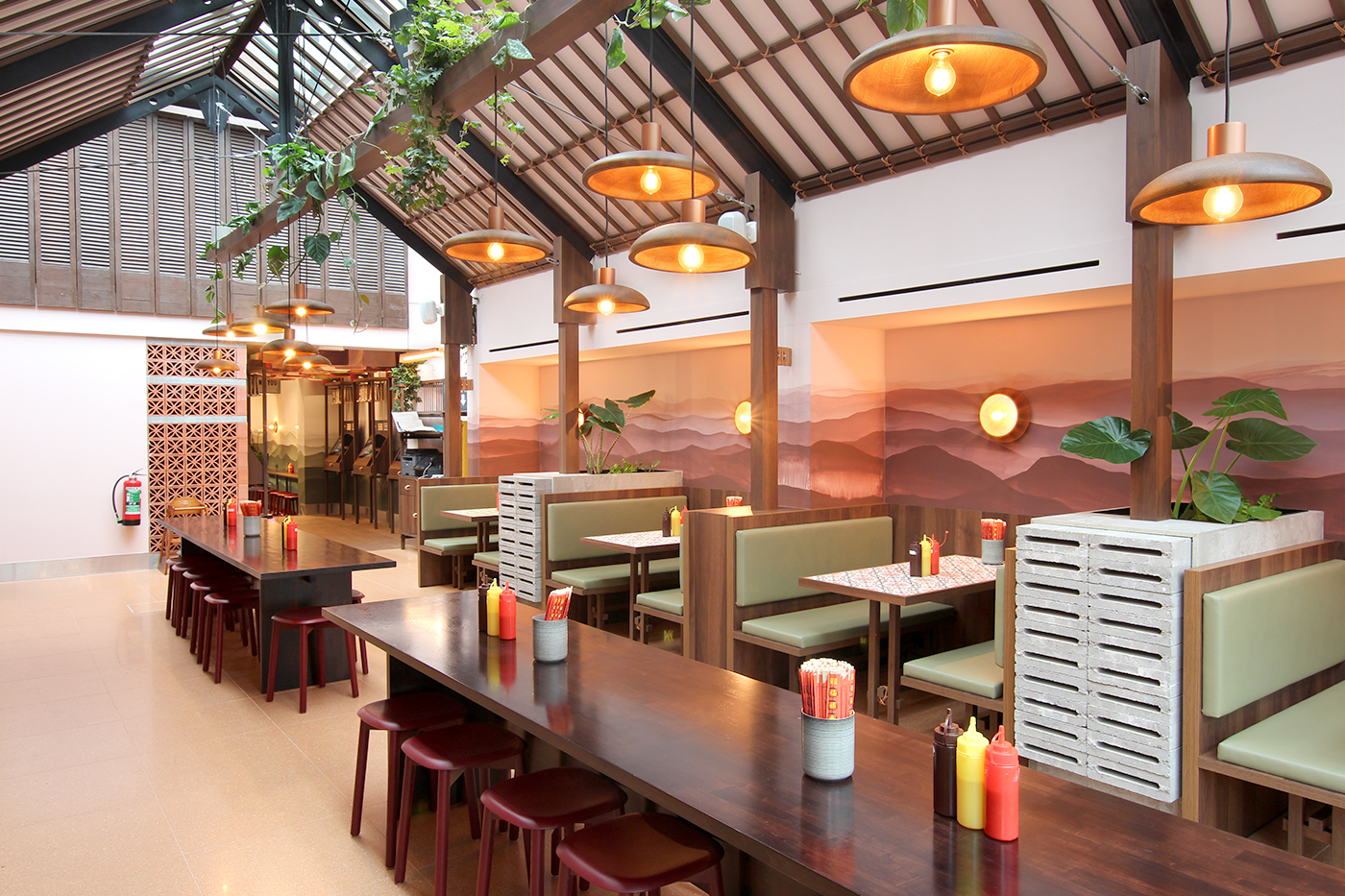 It feels as though we literally devoured Cân Tho’s whole menu in a single bite. Well not quite, but almost. From starters to desserts through bubble teas, it’d been a long time since we ate Vietnamese food with such genuine enthusiasm. Opened in January, this new venue is the brainchild of Damien, who we already owe Dam Sum to, the first ever decent dim sum spot to open in Brussels.

Back to Cân Tho. Here, everything is Vietnamese, from recipes to ingredients, including Rarum and Perilin, two fresh herbs directly imported from the South-East. The menu, authentic and strictly based on original recipes, is centered around three main dishes: pho, bobun and congee. No preservatives or glutamate here; everything is homemade on the premises– like the pho broth, stirring for over 16 hours before being served. What stands out about the place: orders are placed through screens – not unlike some fast-food chains we know – which allow you to twist your dishes to your liking. Well not entirely, as they made sure the base of each dish would keep the recipe as authentic as possible. But let’s say you’d like to eat your beef pho broth with chicken meatballs (homemade of course) instead of beef, it’s possible. It’s even possible to have both. Special crush for the “Vietnamese paté”, stuffed puff pastry with char siu pork (the same barbecued pork you’ll find in Dam Sum’s bbq pork buns), or vegetables (2€ each). Big crush as well on the desserts, as Vietnamese as it gets, with tapioca pearls and bananas in coconut milk (5,20€) and coconut steamed buns served warm (3,80€). 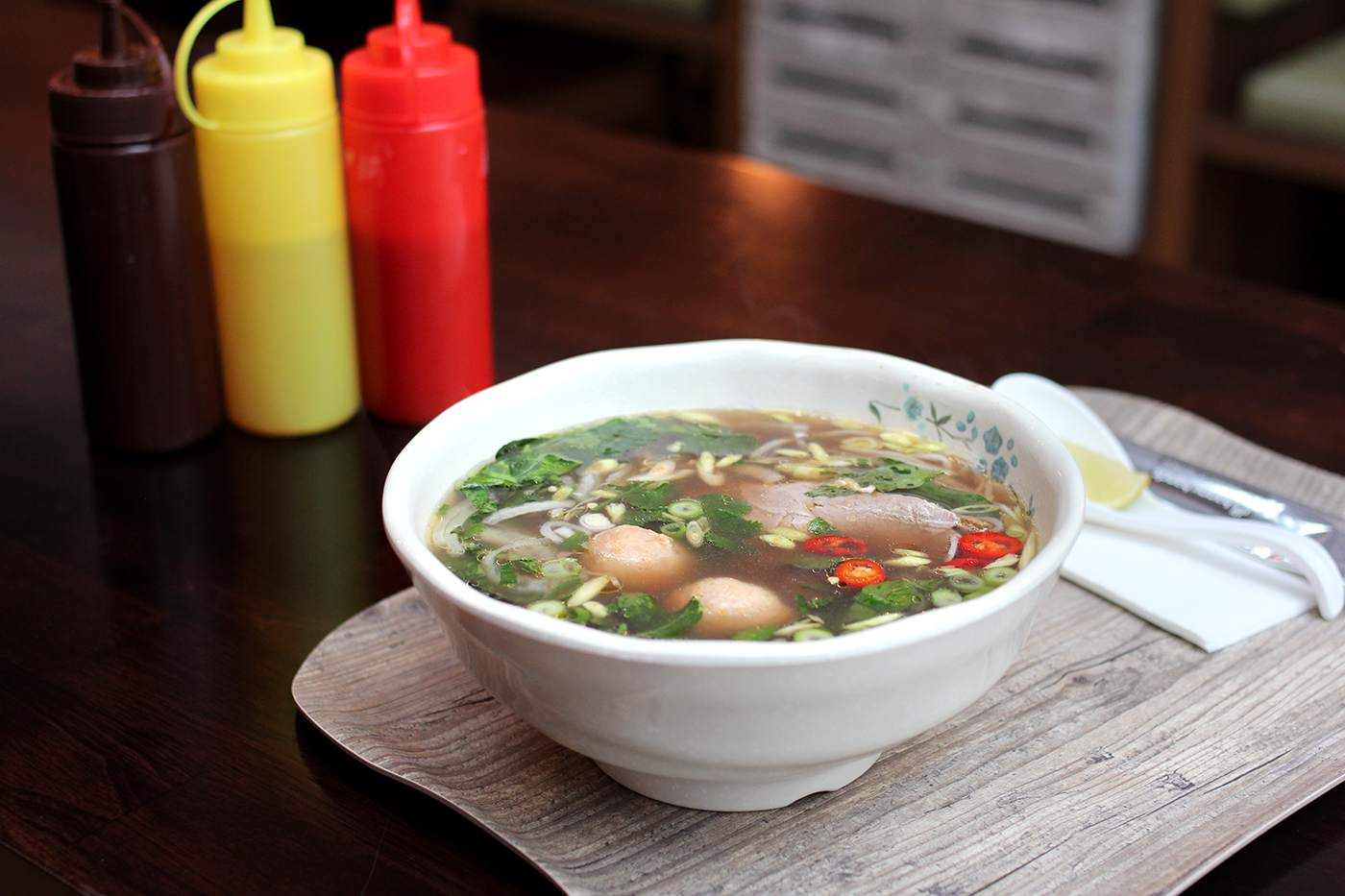 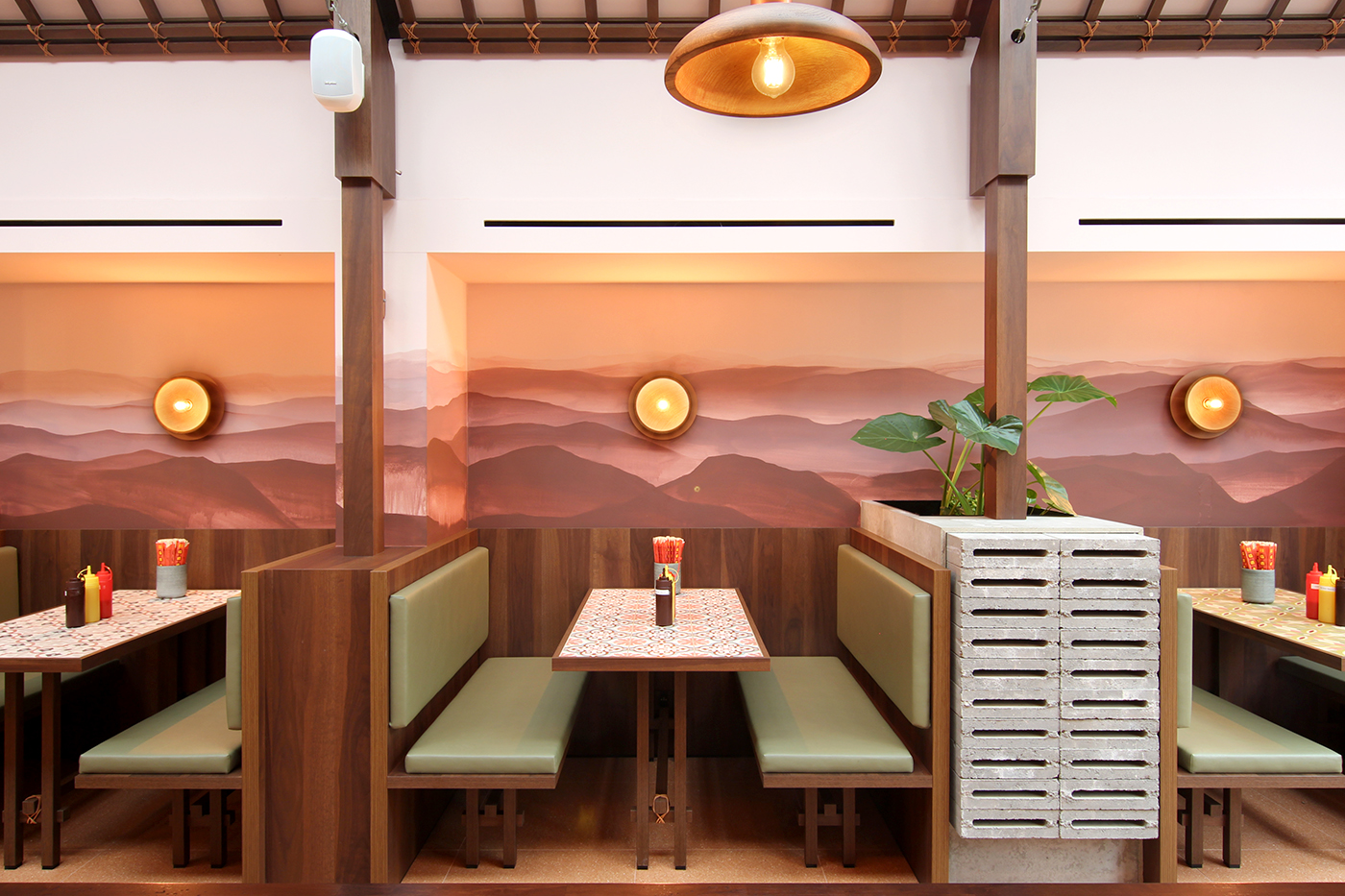 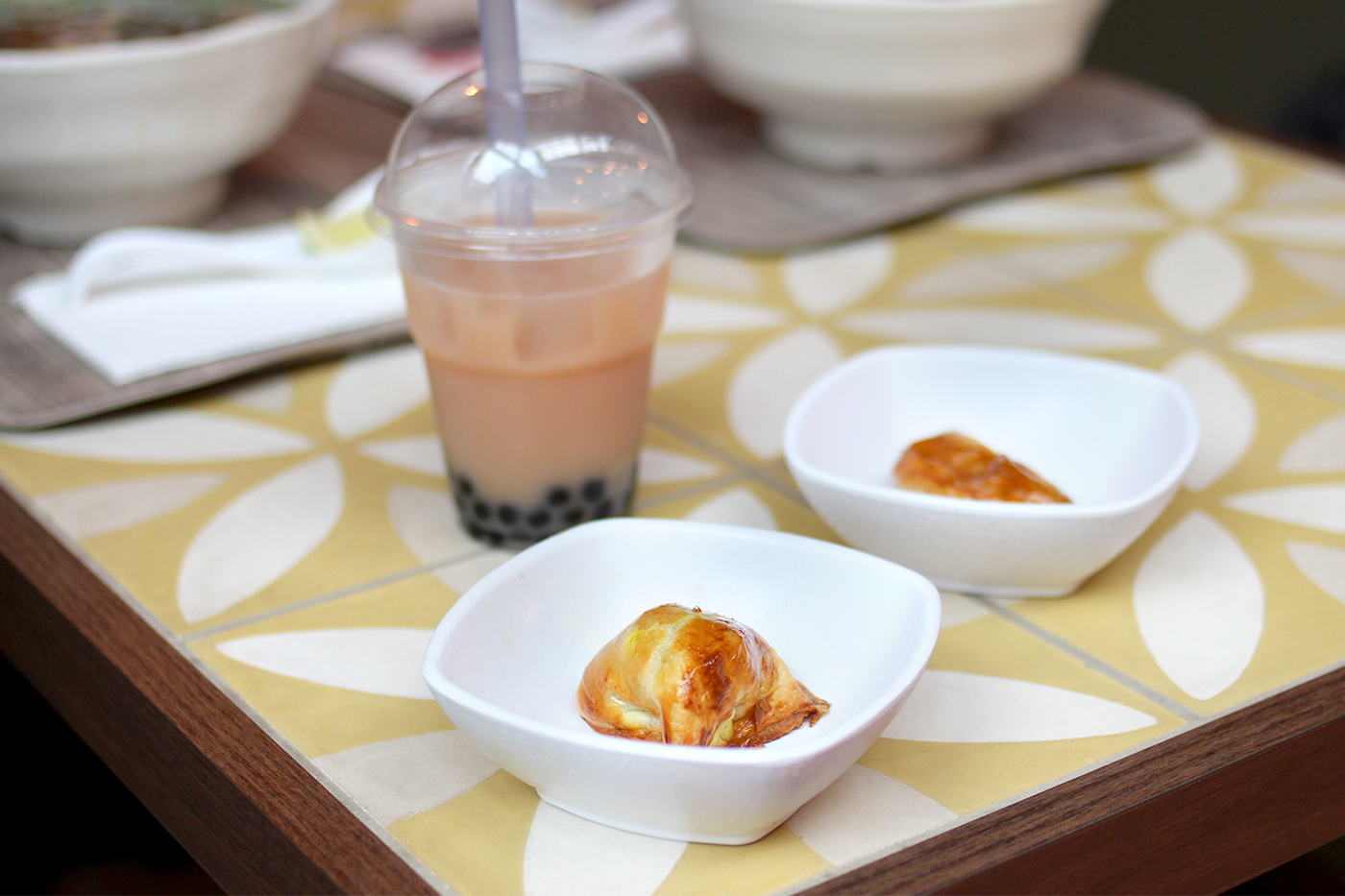 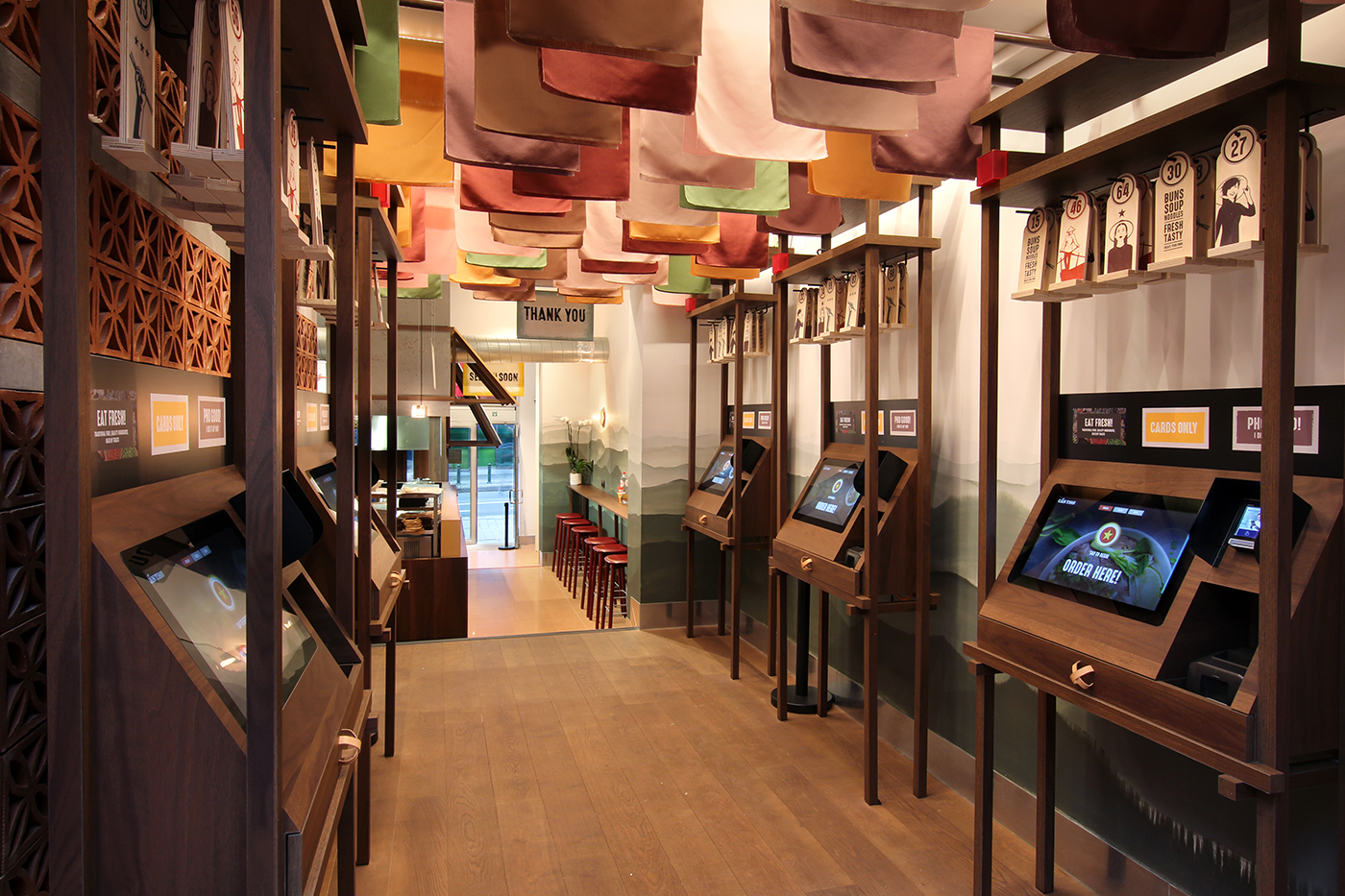